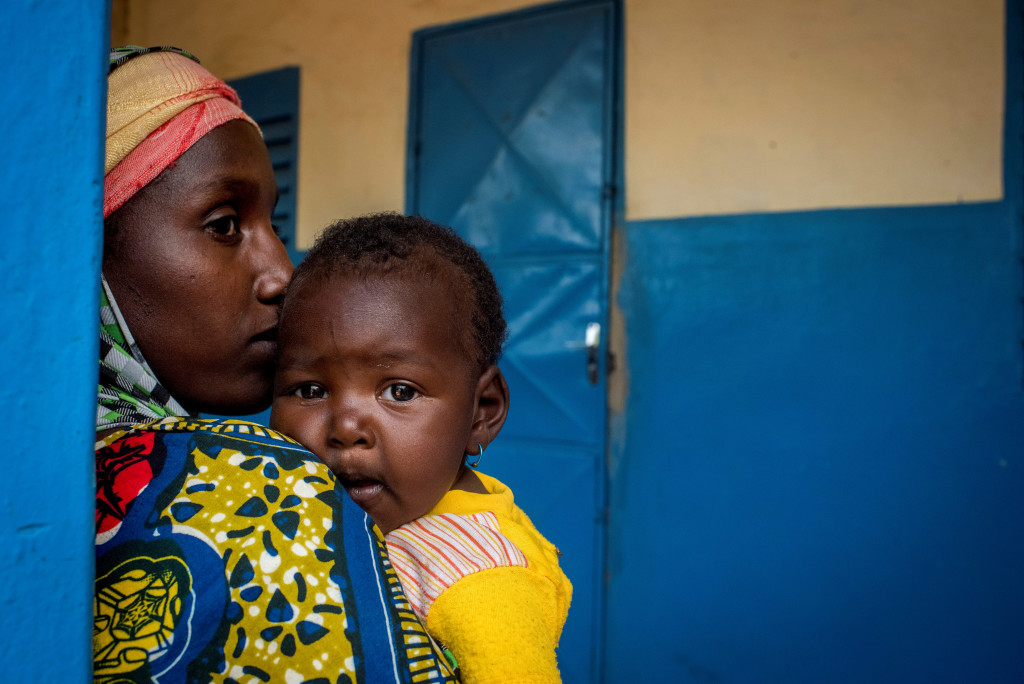 By the end of 2020, more than a quarter of a billion people were at risk of dying from food shortages – a doubling from the previous year. In addition, world poverty dramatically increased due to the corona pandemic. Last year’s digital revolution nevertheless gives reason for optimism.

Prime Minister, Erna Solberg described 2020 as an Annus horribilis in her New Year’s speech. This is a description Caritas shares with her. 2020 was a terrible year for many. Millions lost their lives due to covid-19, hundreds of millions lost their livelihoods because of infection control measures, and human rights were put under strong pressure as autocratic regimes and criminal armed groups strengthened their grip on the civilian population.

By the end of the year, more than a quarter of a billion people were at risk of dying from food shortages – a doubling from the previous year. Every fifth person on the planet did not have stable access to safe and nutritious food. For the world’s poor, it was not the virus itself that caused most deaths, it was the inevitable infection control measures that destroyed the livelihoods of hundreds of millions of people in Africa, Latin-America, and Asia. Countless jobs were lost because of the lockdowns. Poverty and hunger followed. The need for emergency aid drastically increased. At the same time, the richest countries’ ability to help was reduced. The World Food Program – the Nobel Peace Prize winner, and our partner, received a budget of more than 9,2 billion USD in 2020 – its largest ever. Still, it was not enough to meet all needs. In 2021, the organization will need more than 17,3 billion USD to cover the increased needs. 270 million lives risk being lost if not enough resources are mobilized.

A setback for the climate

Despite the fact, that almost all aircrafts were grounded, 2020 was also a bad year for the fight against climate change. The year is included in the top three of the warmest years recorded in modern times.

The U.N. estimates that the world could hit the 1.5 warming threshold by 2024. The corona pandemic did not hinder further logging of tropical rainforests. On the contrary, infection control measures reduced the forest rangers’ capacity to protect the forests, and criminal actors took advantage of the situation. In the Amazon, deforestation increased by 10 percent, which is the highest level recorded in the last 12 years. It is expected that deforestation will further increase due to rising poverty among people living in and around the rainforests. Together with the forests, the opportunity to regain a climate balance necessary to live dignified lives is also disappearing. We are also losing and degrading our common heritage – the diversity of creation.

We are stronger together.

Last year also showed us that no challenges are too great – that the impossible is possible when we mobilize together for the common good. The vaccines, that were developed in record time, are historic and we are today on our way out of the crisis. Processes that can normally take many years, were completed in months. The corona vaccines are the moon landing of our time. It is still too early to declare victory, but we now have the tools to defeat the virus. The further challenges will be to distribute the vaccine globally and to get the world economy back on track. Today, ten countries have purchased 95 percent of all available vaccines. To emerge from the crisis, all countries must be guaranteed access to vaccines.

The pandemic turned the global and local economy upside down. Poverty and the differences between rich and poor in the world dramatically increased.  The crisis showed us how vulnerable today’s trading system has made us. We can no longer take free movement of goods and services for granted. Nevertheless, it is a paradox that the pandemic that created the problem also helped bring about a solution; a solution which in the long run has the potential to create a significantly more socially sustainable economy.

The need for social distancing started a digital revolution that will increase in strength as technology becomes more accessible.

When the pandemic hit Norway, we all became familiar with the possibilities found in technology that could be used to ensure access to education. In addition, e-commerce exploded. In 2019, 67 percent of the world’s population had access to mobile phone services. In 2020, this rose to as much as 83 percent. This means that today we can have immediate access to almost all people in the world and can offer more and more services at lower costs. Mobile services in education, guidance services, banking, e-commerce, and market information will become an increasingly important part of the fight against poverty in the years to come. The pandemic has thus led to a paradigm shift that inspires hope despite the immediate setbacks.

2021 will be a turning point. The world will emerge from a global health crisis and be better equipped to face two even bigger crises: the famine crisis and the climate crisis. Three important summits are planned covering climate, food security and biodiversity this year. Our common future depends on these meetings leading to action. Caritas will be present and do our best to convince world leaders to safeguard the integrity of Creation and the inherent dignity of man.